We are looking forward to your visit!  Current information on admission conditions is available on:
www.autostadt.de/en/visitor-information/current-news

The Car Towers, a famous Autostadt landmark in Wolfsburg, are situated next to the Car Distribution Centre in the east corner of the Autostadt. The fully glazed, galvanised steel frame constructions offer a view into the interior of the two cylinders. The towers create a modern architectural contrast to the four chimneys of the Volkswagen power station and make up the heart of the Autostadt new car delivery system. Each of the fully automated, high-rise stacks has space for up to 400 vehicles. The new cars are rolled over from the neighbouring Volkswagen plant using a robotic-pallet system mounted on rails. The cars are loaded into and fetched from the towers using two “car shuttles” or lifts per tower, each servicing 180° of the silo.

New cars are prominently stored there for roughly 24 hours before being delivered to customers. A signal which is activated by the customer-service agent sets one of the car shuttles in motion. The shuttle then selects the correct vehicle and conveys it to the centre of the tower from where it is gently lowered to the ground floor. Thereafter the new car rolls through a tunnel into the Car Distribution Centre. Here, in the LastFinish area, number plates are mounted before the customer takes final charge of the vehicle. Each day, an average 500 Volkswagen and SEAT cars are delivered to new owners in the Autostadt.

The Autostadt Car Towers have made it into the 2014 BOOK OF GUINNESS WORLD RECORDS™ with vehicle transport technology that has been recognized as the “fastest automatic parking system in the world” in the category “extraordinary elevators”. With a record speed of two metres per second, new vehicles are transported – in one minute and 44 seconds from the entrance of the towers to the highest parking space. This makes the fully automated high-rise parking system the fastest in the world. 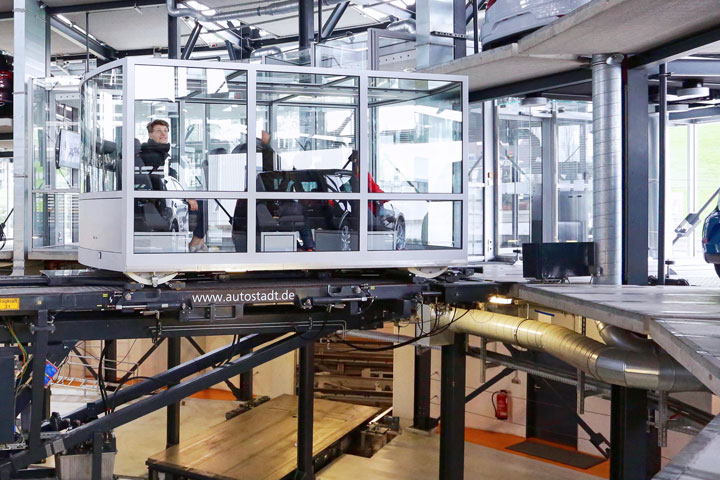 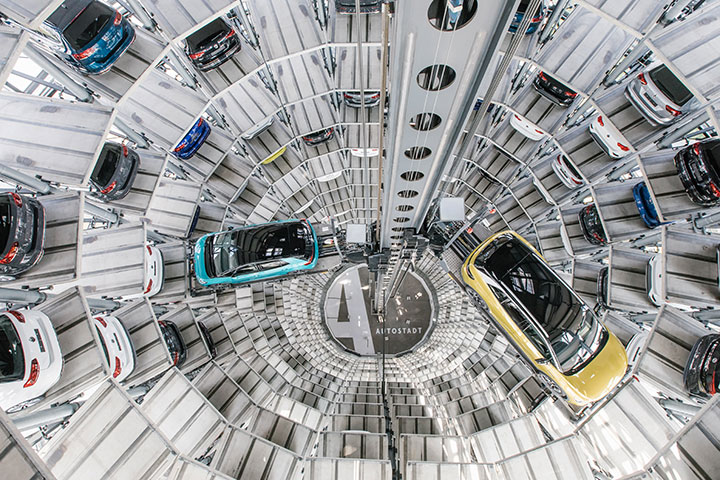 We use cookies to enable you to make the best possible use of our website and to improve our communications with you. We take your preferences into regard and process data for analytics and personalization only if you give us your consent by clicking on "Agree and continue" or if you make a specific selection by clicking on "Set cookie preferences". You can revoke your consent at any time with effect for the future. Information on the individual cookies used and the possibility of revocation can be found in our privacy policy and in the cookie policy.

We use cookies in order to enable you to use our website in the best possible way and to improve our communications with you. Make your selection here:

These cookies are used to permit website functions that facilitate the most comfortable use that is tailored to your own interests. Analysis of user behaviour also enables us to continuously improve the quality of our website.

We use these cookies to display advertising tailored to your interests, both while you are visiting Autostadt’s websites and others.