A heart for cheese

He saved the family farm and converted it to a Demeter-based operation. Andreas Degener cares for his cattle and makes their milk into exquisite cheese.

The sheer dimensions of the undertaking must have made his head spin at times. Andreas was in his early twenties when he began fighting for the Klostergut Heiningen estate near the German town of Wolfenbüttel. This was where he was raised. The farm and land belonged to his family for two hundred years. But his father had not managed the property well. A bank advisor told him to sell the property "It's too much for you!" But Degener refused to give up his home. That was in 1982.

Fast forward to today. The 56-year-old is sitting at his kitchen table in a wool ski sweater. He laughs as he shakes and pours the milk from one of his cows. He was forced to sell the estate back then, but he kept the farm. Mooing can be heard outside. It's his Harzer Rotvieh, an old cattle breed, whose toughness suits the farmer's personality. Andreas watches the calves through the window, their coats gleaming a reddish brown through the bushes. 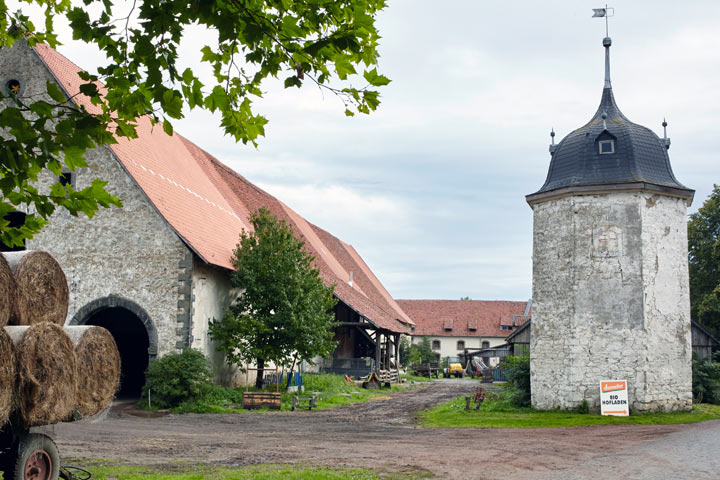 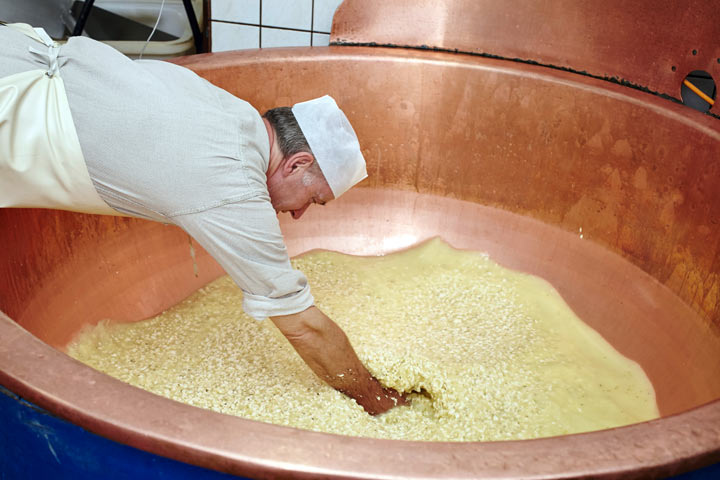 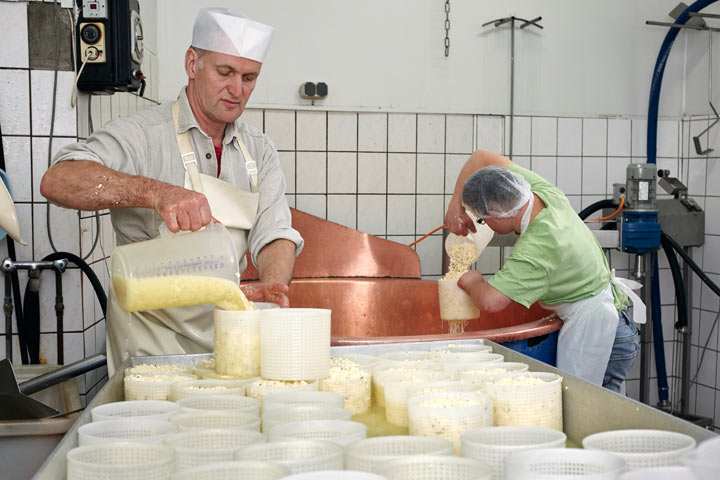 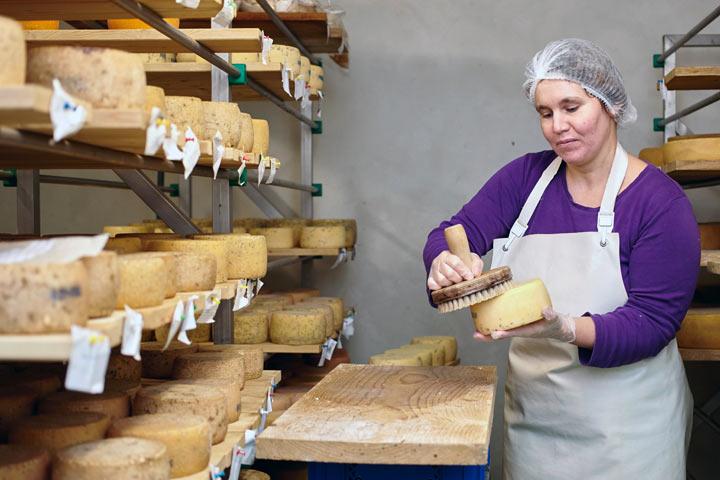 The Klostergut Heiningen estate near Wolfenbüttel
Andreas Degener can talk about his cattle for hours. He explains how he gradually weans the calves from their mothers. Or how he is currently trying a new approach, leaving them with the cows during the day and only putting them in a separate shed at night. The relationship between cows and calves is important, but so is the calves' relationship with people. If you don't familiarize the cattle with human contact from their earliest days, they will run away from the farmer on the pasture. "Up with their tails and off like a shot," Degener says. He's seen it all before. Forty dairy cows graze his paddocks. They provide the raw material for his Alpine cheese, which he supplies to the Autostadt in Wolfsburg. Twenty employees bustle around on the Demeter farm, in the shop, and in the cheese dairy. Degener doesn't want this number to increase. Large-scale farming business is a thing of the past. Andreas wants to manage his farm on a "small and intensive" scale. Degener has three children with his wife Susanne, a tall and energetic figure. The youngest child will soon leave home. "But they all have farming in their blood," Degener says. It must be part of the family legacy that he once fought so hard to keep.
Top
Print

We use cookies to enable you to make the best possible use of our website and to improve our communications with you. We take your preferences into regard and process data for analytics and personalization only if you give us your consent by clicking on "Agree and continue" or if you make a specific selection by clicking on "Set cookie preferences". You can revoke your consent at any time with effect for the future. Information on the individual cookies used and the possibility of revocation can be found in our privacy policy and in the cookie policy.

We use cookies in order to enable you to use our website in the best possible way and to improve our communications with you. Make your selection here:

These cookies are used to permit website functions that facilitate the most comfortable use that is tailored to your own interests. Analysis of user behaviour also enables us to continuously improve the quality of our website.

We use these cookies to display advertising tailored to your interests, both while you are visiting Autostadt’s websites and others.